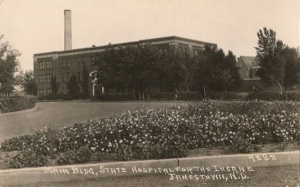 By 1997, with many of the hospital's buildings empty or nearly empty and the State Penitentiary in Bismarck fairly bursting at the seams with excess inmates, the Legislature appropriated money to turn three State Hospital buildings into the James River Correctional Center, a medium-security prison on the grounds of the hospital. The two institutions are co-existing on the hill south of Jamestown today. Plans in 2020 call for a request for proposals for the new State Hospital construction project spring of 2021 with construction beginning in the spring of 2022, Etherington said.