The Original building known as the Bedford Asylum was erected by an Act of Parliament in 1812 and was a handsome brick building on Ampthill Road, Bedford. The Asylum cost £13,000 to build and could accommodate 65 inmates.

The 1845 Act for the Regulation, Care and Treatment of Lunatics made it compulsory for each County to provide an Asylum for the care of its pauper lunatics, and so in 1846 it became The Three Counties Asylum catering for the counties of Bedford, Hertford and Huntingdon.

As admissions to the Asylum increased, so did the calls for a larger building or extensions to the present building. Matters became far worse following the 1853 Act which banned the use of all restraining devices for lunatics in Workhouses. leading to a sharp increase in the number of lunatics transferred from Workhouses into Asylums.

Pressure for increased accommodation mounted on the Three Counties Asylum, eventually leading to a move in premises in 1860. The new Asylum buildings were located in Stotfold, Bedfordshire and became known as Arlesey Three Counties Asylum. The grounds consisted of 253 acres of which 230 acres were cultivated, and the Asylum was an extensive and elegant yellow brick building standing upon ground 222 above sea level. Extensive views of the surrounding country could be seen from this picturesque landmark.

Treatment of the inmates consisted primarily of good, clean fresh air, regulated diet and daily work, usually within the Asylum building consisting of laundry or cleaning, and outside work on the farm, where produce for the Asylum kitchen was grown.

Further extensions were made to the buildings, and a Chapel was erected for the inmates in 1879. By 1894 the Asylum could accommodate 1,000 inmates who were under the care of Edward Swain, Medical Superintendent ably assisted by Miss Teresa H. Tweddle, Matron and Farm Bailiff Henry W. Brown. The Chapel East stained window was erected in 1920 by the Staff and inmates as a memorial to those connected with the Asylum who gave their lives in the Great War (1914-1918). 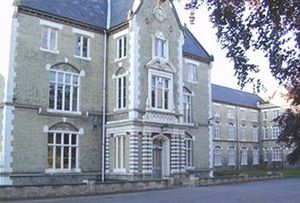 Fairfield Hospital at the time of its closure in 1999

Social Policy led to increasing improvements in the care of Mental Health, and the 1930 Mental Treatment Act changed the use of the term Asylum to Hospital, when Arlesey became known as The Three Counties Hospital.

By 1936 the grounds consisted of 410 acres, of which 385 acres were cultivated, and the Hospital could accommodate 1,100 patients under the care of Doctor N. McDiarmid, Medical Superintendent, Miss E. M. Field the Chief Female Officer and T. Hartles, Farm Bailiff.

The Hospital became part of the National Health Service in 1948, and was renamed Fairfield Hospital in 1960. The Government published “Care in the Community” in 1981 leading to a great change in the provision of care for patients with Mental Health problems, and ultimately leading to the closure of large psychiatric Hospitals. Fairfield Hospital was closed in 1999, and the site has been sold for Housing redevelopment.