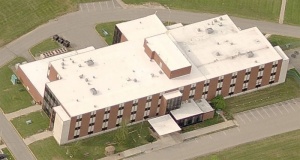 Steadily over the years, the original patient census of five (5) grew to a patient census of 3,300 in the 1950's and 1960's, reflecting the attitudes of society toward mental illness. Treatment procedures at Torrance State Hospital followed the development of psychiatry and included shock therapy, psycho-surgery, psychotherapy and chemotherapy--active attempts at the treatment of mental illness quite distinct from the turn of the century approach of simple custodial care.

With the passage of legislation in 1966, which established the community-based mental health system, the stage was set for what became known as the "de-institutionalization movement". Throughout the 1970's to the present, Torrance State Hospital has continued its evolution, ever decreasing its census by affording patients the opportunity to resume community living. The Long Term Care Unit , a licensed Skilled Nursing Facility, was closed in 1996 and the Mental Retardation Unit, which had long been located at Torrance State Hospital, was closed in June 1998. As the need for psychiatric and long-term care beds on the grounds of the state hospital has decreased and availability of community supports has increased, some areas of the physical plant have been converted to other uses. The South West Secure Treatment Unit, a facility operated by the Department of Public Welfare's Office of Children, Family and Youth for adjudicated juveniles is located on the grounds as well as the consumer-operated Drop-In? Center and a Department of Public Welfare Health Insurance Unit. In July 1999, a private provider, Charter Behavioral Health Systems, opened a Psycho-sexual Rehabilitation and Education Program for Adolescent Males, ages 12-20, in an unused building on grounds. The Program is now operated by White Deer Run and is named Cove Prep.

Torrance State Hospital's philosophy and treatment approaches have evolved over the years in direct correlation with the development of best practices in behavioral health care, reflective of research and treatment innovations. Presently, Torrance State Hospital is a dynamic, treatment-oriented, modern psychiatric facility; emphasizing thorough and accurate assessment, appropriate treatment, treatment outcome measurement, accountability and efficiency. Documentation in all treatment and administrative programs is in accordance with the current standards of the various applicable certification and accreditation agencies. Our vision for the 21st Century is to be one of the dynamic providers within the mental health delivery system for Southwestern Pennsylvania, dedicated to the promotion of recovery from mental illness and return to community living.

The geographic catchment area of Torrance State Hospital includes the counties of Armstrong/Indiana, Bedford/Somerset, Blair, Butler, Cambria, Fayette and Westmoreland. In addition, six (6) townships in Northeastern Allegheny County are served by this hospital.